Since the early 1980s visitors to the Murrumbidgee Irrigation Area from various countries have benefited enormously from technical and educational visits to Peter and Erin’s property “Willow Park”.  The Drapers have been important producers of more than a dozen irrigated crops for both commodity and contract quality seed markets, and of fat lamb and Merino wool sheep.  Peter has been heavily involved in national and regional industry bodies for rice, irrigation, rural leadership and research and thus is a wealth of information and advice on matters beyond his own successful farming ventures.  Erin, always an active partner in the farming businesses, recently retired from her position as Librarian at Yanco Agricultural High School, a government boarding school specialized in teaching rural skills.

Peter’s career in rural production began as a sharefarmer on his father’s irrigated land at Stanbridge in 1974, in the same year he commenced studies at Wagga Wagga Agricultural College, since then incorporated into Charles Sturt University.  Within ten years he and Erin had purchased 452 hectares, “Willow Park”, where the couple now live in a spacious modern homestead.  In recent years they have added 226 hectares of the original family irrigated farm at nearby Stanbridge, and another 100 hectares from a former neighbor.  Many visitors to Willow Park are intrigued by the fact that Peter and Erin intensively farm nearly 700 hectares with just one employee – plus occasional contract help at busy times.  The couple also have farm leasing and sharefarming interests in other parts of the region. 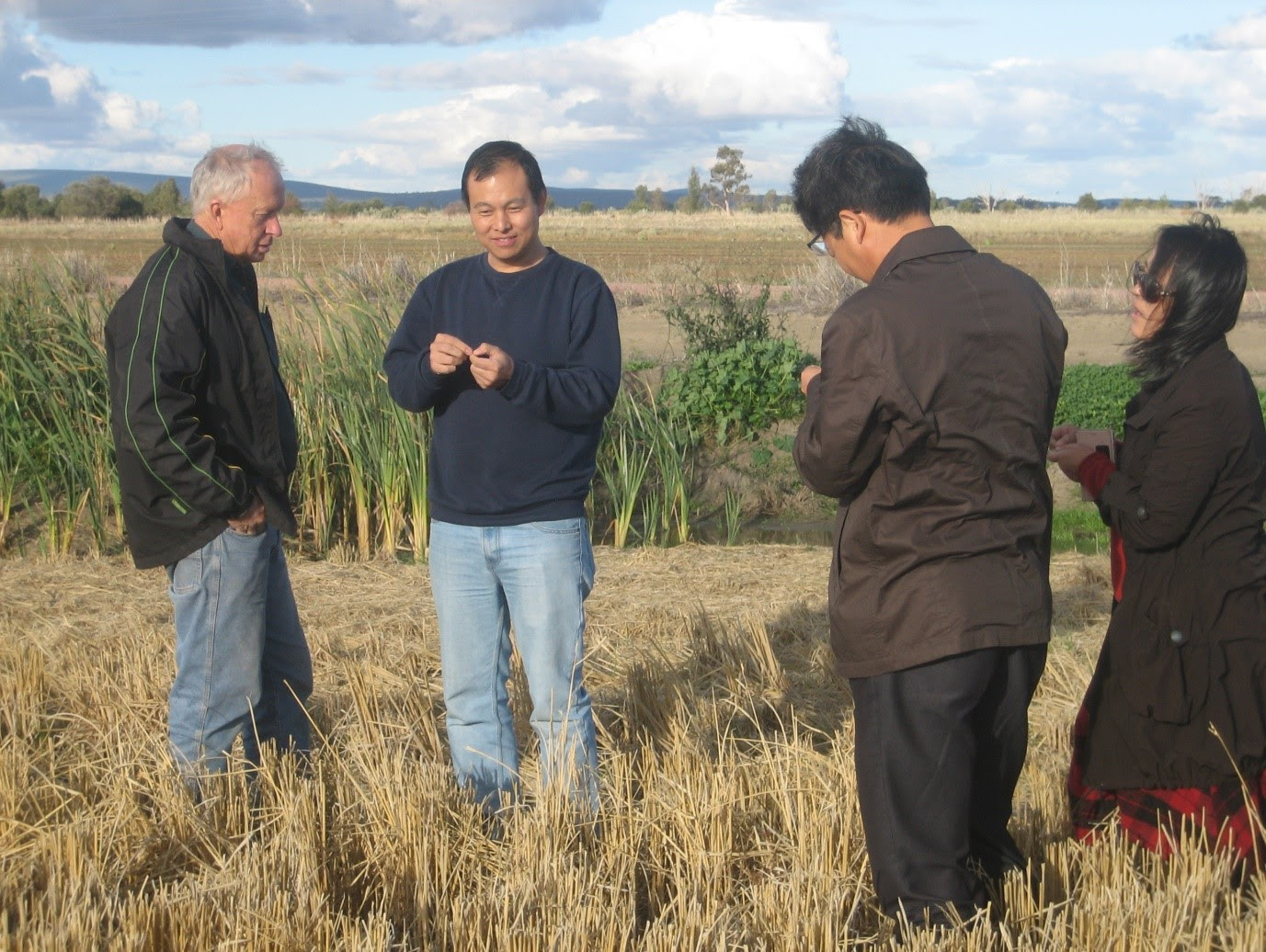 Peter has always been committed to improving his own knowledge of farming in general, but irrigated farming in particular.  He has continued to employ the latest techniques including bankless irrigation channels, automated waterflow controls, computerized machinery allowing variable rate fertilizing, section control spraying and NDVI imagery.  He is proud of his success in growing rice on beds in 24 hectare bays – a feat unlikely to be matched anywhere else in the world.  Peter and Erin  are conscious of wider community movements and have planted more than 5,000 trees and retained some natural vegetation areas on their farms.  Currently (in 2020) they are considering the commercial merits/demerits of converting one farm to certified organic production. 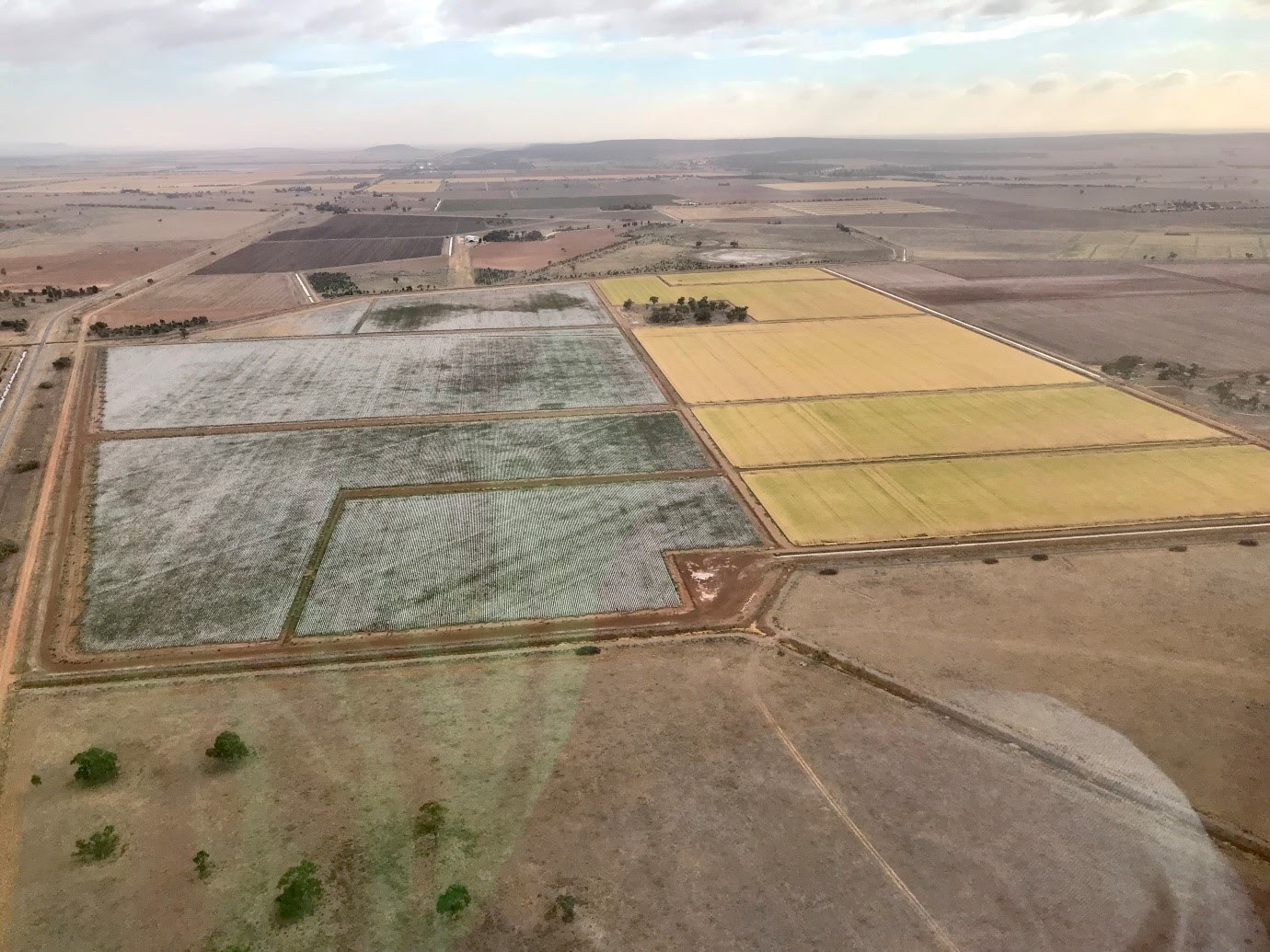 Peter and Erin made their first overseas study tour in 1983, to Californian rice districts.  Since then they have worked or studied in Japan, China, USA, Ireland and England as well as various parts of Australia.  In 2010 Peter spent five months managing an agricultural project in northern Sudan.  His contacts in and knowledge of international rice production are vast – it is uncommon for a group visiting his farm from anywhere in the world not to discover Peter’s informed appreciation of their own production circumstances and sometimes even common industry or research acquaintances. 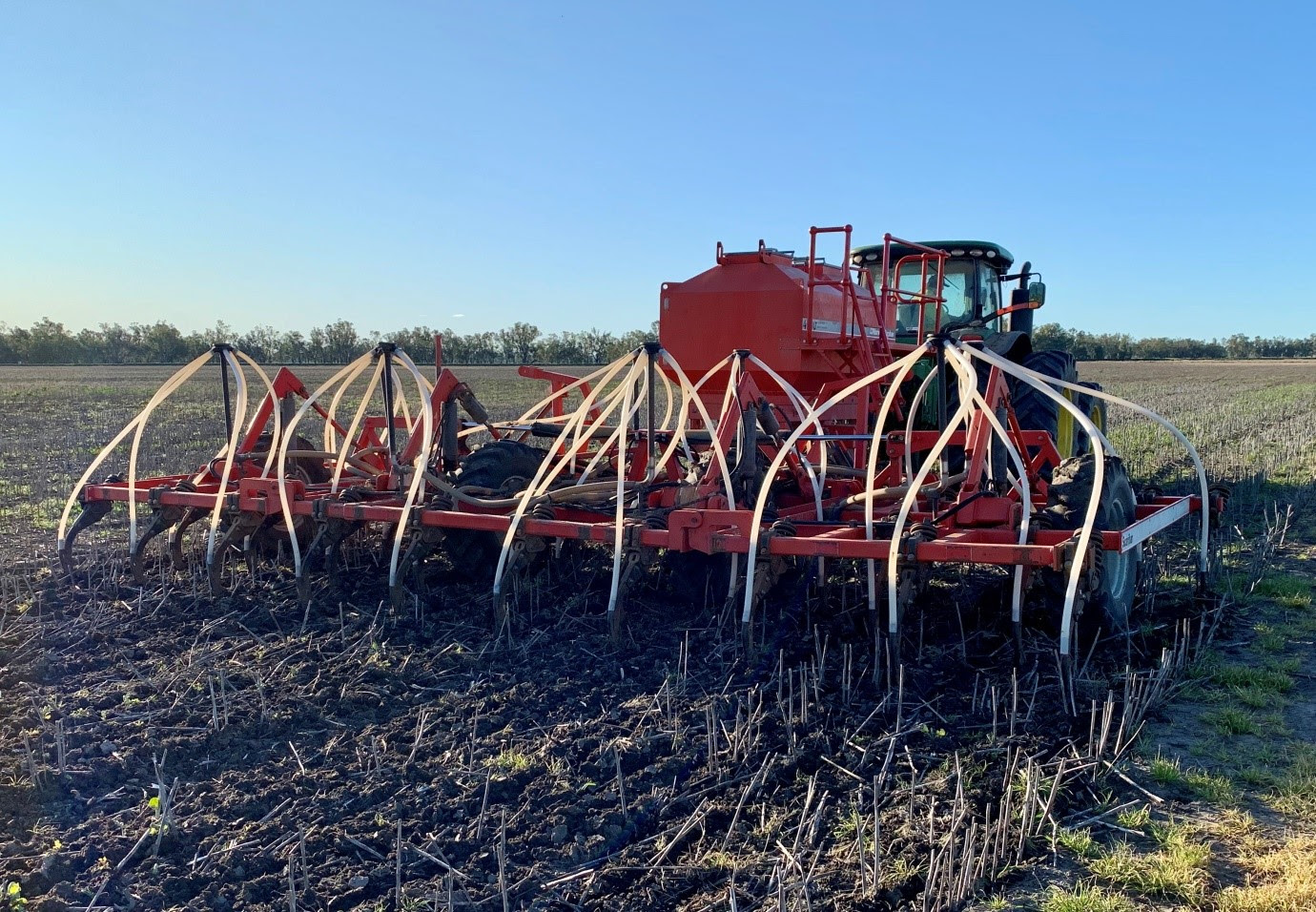 Tyne airseeder in operation on one of the Draper farms

Agricultural Tours Riverina is grateful to be able to count Peter and Erin among its collection of informed, articulate farmers willing to share their knowledge and experience with visitors of all descriptions from senior school and university to international industry organization executives and policy makers.